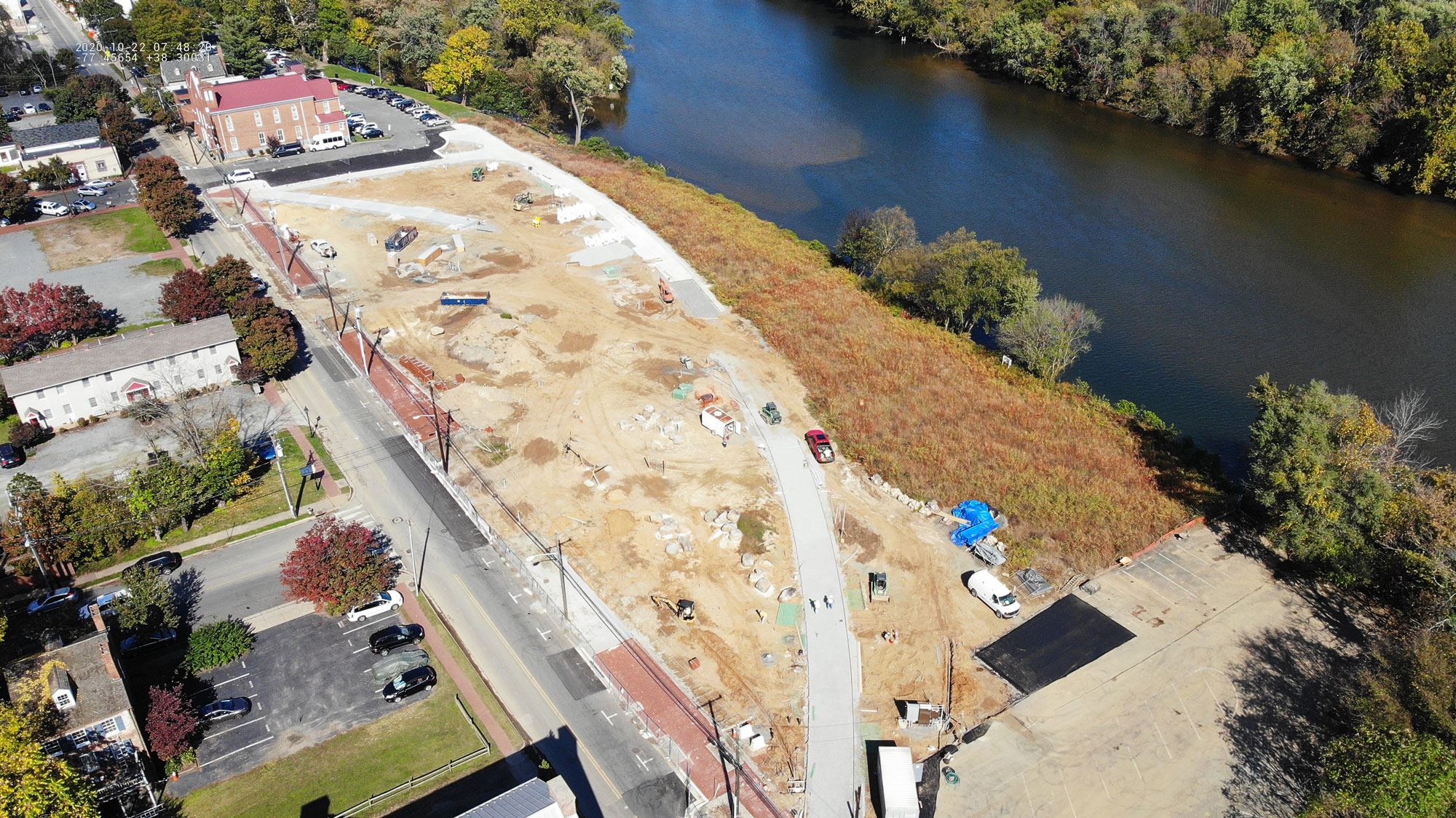 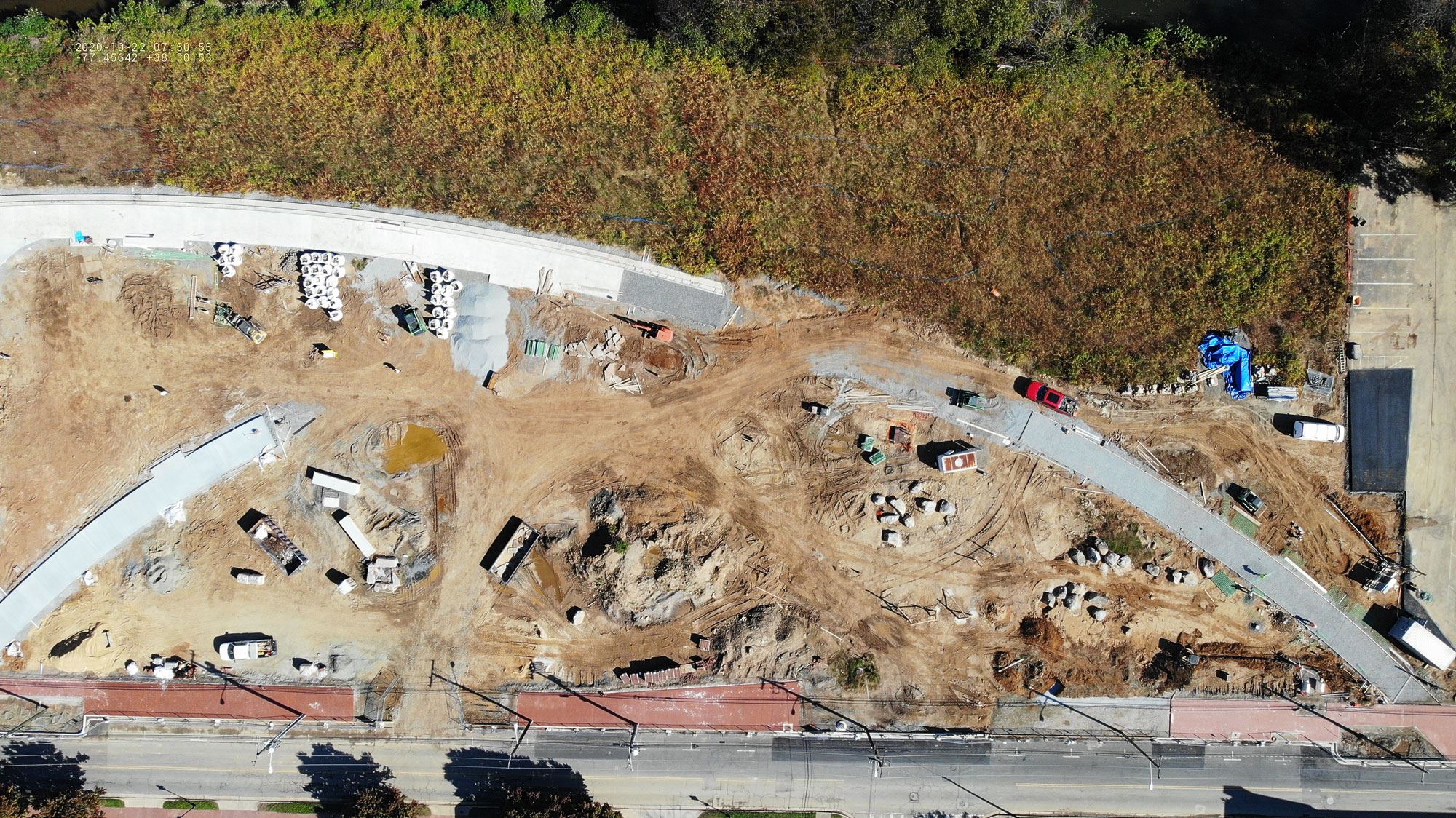 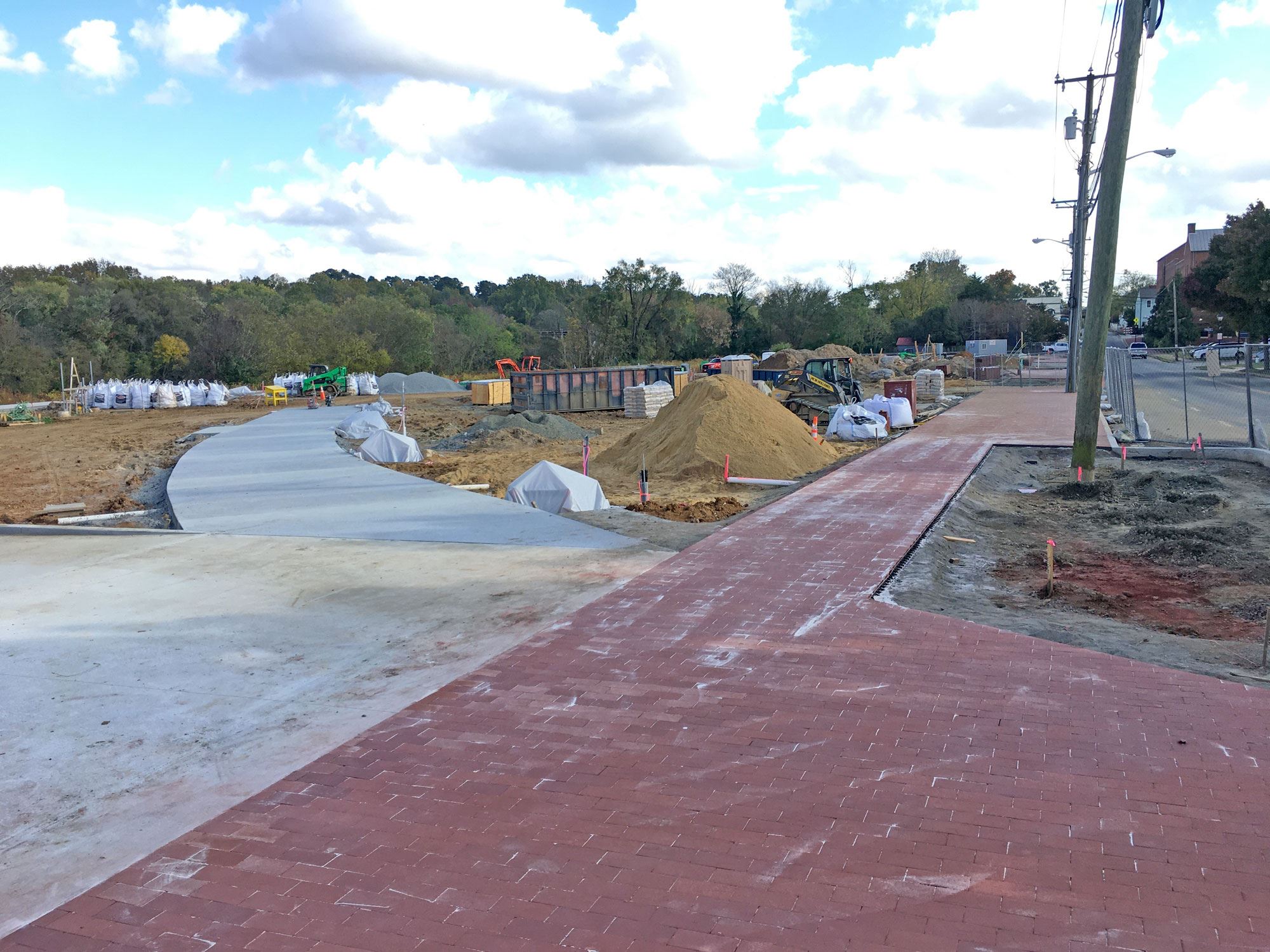 (Fredericksburg, VA) November 20, 2020 – The City of Fredericksburg is proud to announce a partnership with the Center for Innovative Technology (CIT) for a “smart” Riverfront Park. This new park located along Sophia Street in Historic Downtown will be a significant new public space in the downtown area. It is currently under construction and, when complete, will feature Rappahannock River views with open space, event space, and a play area.

“In 2018, City Council directed staff in their Priority #8 to build Riverfront Park after more than a decade of work. To deliver other Council Priorities at the same time, we have been very focused on embedding “Smart Communities” thinking within our design and construction – with success,” stated City Manager Tim Baroody.  (See Council’s most recent update on Priorities.)

Thanks to the City’s new partnership and a $75,000 grant from CIT, more expansive plans for Riverfront Park are coming together. The City has been working to position itself for Smart Community efforts and recognizes that broadband infrastructure is the key to many smart community projects. CIT is leading the statewide strategic initiative to pilot “smart” technologies throughout the Commonwealth under the newly established Virginia Innovation Partnership Authority (VIPA). For the City, CIT has helped from the beginning to design and implement the infrastructure to help make this project come to life with smart technology implemented in phases. The first phase provides public Wi-Fi in the park and park security cameras as well. The infrastructure, designed for growth, could later include a digital information kiosk, a public performance stage, environmental sensors for air quality and river flooding, and possibly sensors for parking availability or crowd counts. Read the full news release.

Riverfront Park is Under Construction 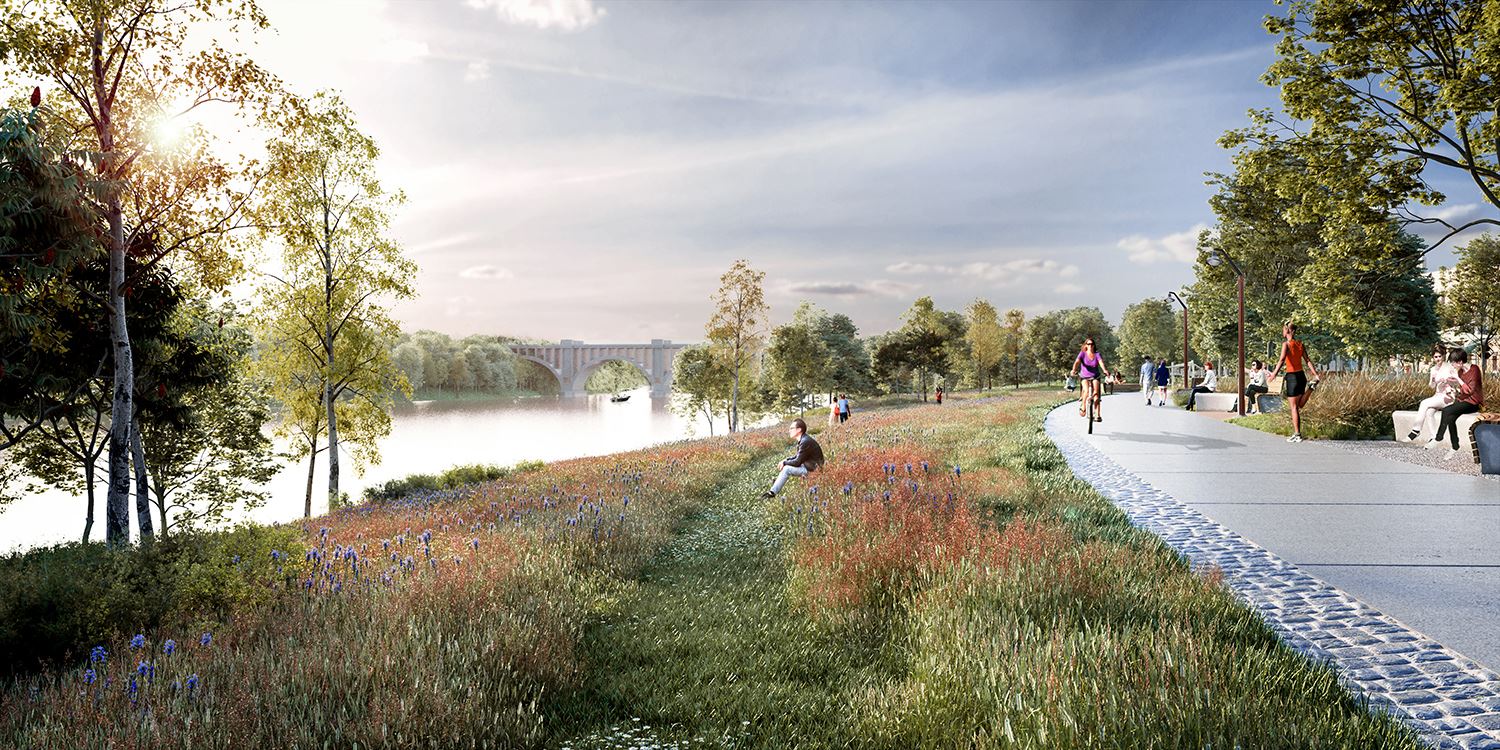 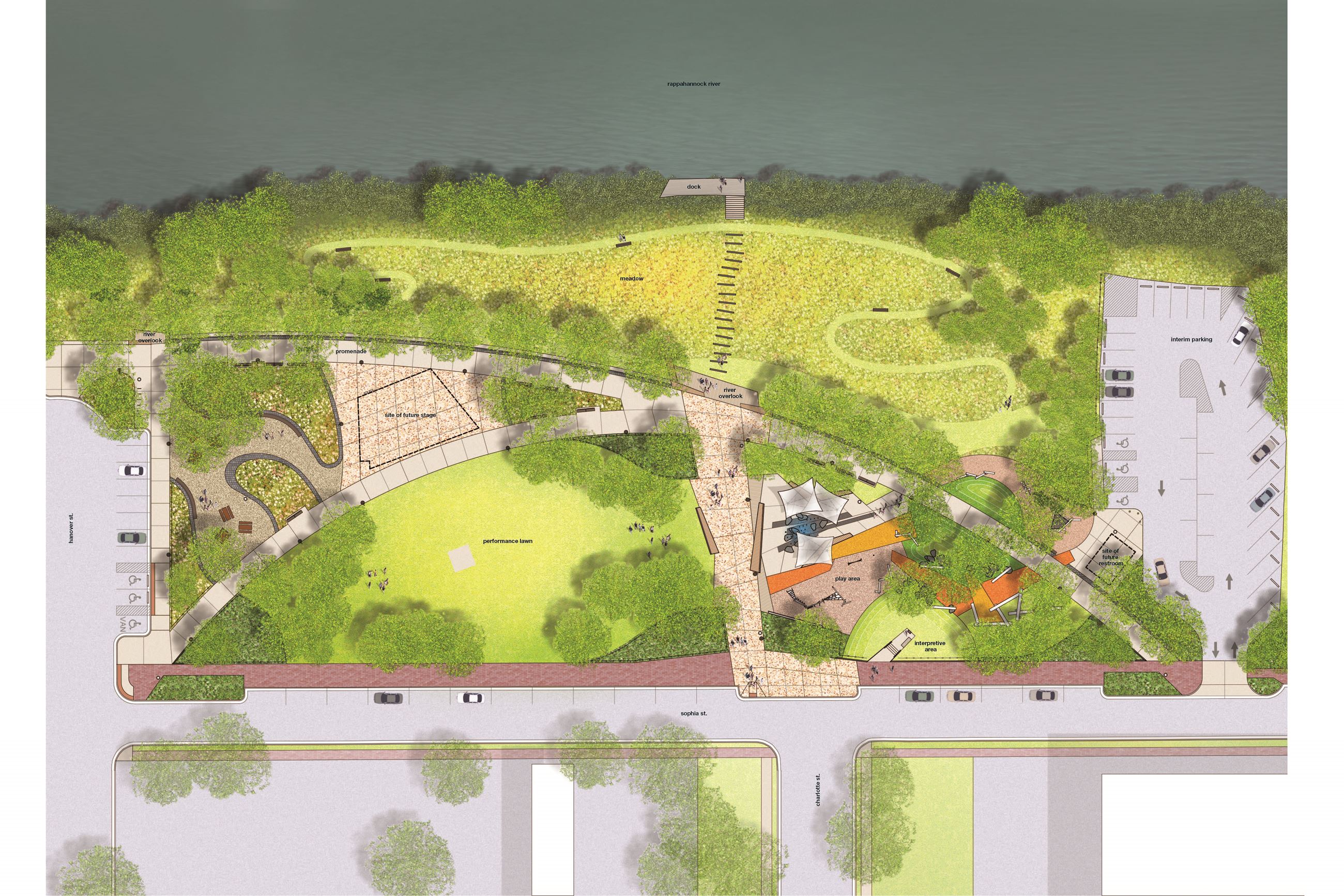 The City of Fredericksburg has initiated efforts to design and construct the new Riverfront Park, which will be a significant new public space in downtown Fredericksburg. In 2011, the City acquired the former Masonic Lodge riverfront property at 609 Sophia Street. This acquisition increased the amount of contiguous City-owned land along the riverfront.

The planned park will have many attractive features, including children’s play areas, an interactive water feature, and a stage and events lawn for concerts and other events. It will also be a place to sit and enjoy the beautiful outdoor amenities and view of the Rappahannock River.

The City established a Riverfront Task Force to guide the design process from an initial park vision to preliminary design options to final concept design.