Redistricting in City of Fredericksburg

This is the final step in the redistricting process that changes the boundaries of the City’s four wards.   This process started in August 2021, with the receipt of the April 2020 U.S. Census data.  The culmination was City Council’s adoption of ward boundaries in March 2022 based on a citizen’s suggested map.

These will be the ward boundaries for the 2023 City Council and City School Board elections.   These will also be the boundaries of the voting precincts for the primary election in June 2022 and general election in November 2022.

Where do I vote?

Please visit our interactive web application to enter your physical home address and view your polling location for the June 2022 Primary and the November 2022 General Election. 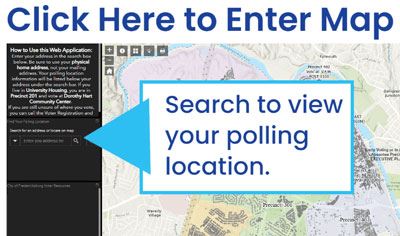 Map of Current Wards in the City of Fredericksburg, Virginia (PDF) 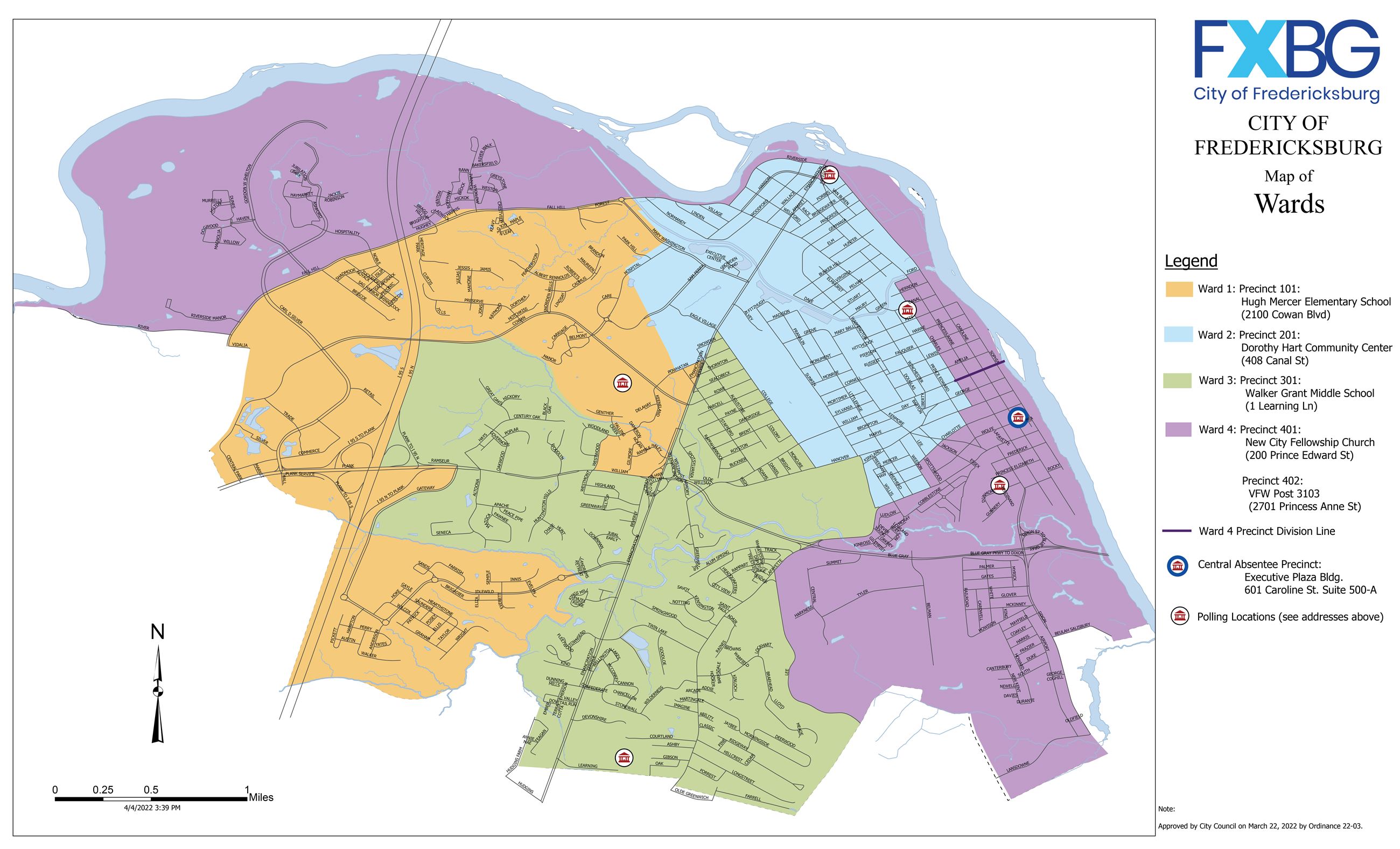 A redistricting process of the City's wards occurs every 10 years following the United States Census and is governed by state law. By making sure each ward has approximately the same number of people, redistricting ensures residents have fair representation on City Council and the City School Board. Based on the 2020 Census, each of the four wards is to have no more than 7,408 nor fewer than 6,702 people. This process also determines where residents vote. This process started after the 2020 Census data was released in August 2021. For more detail, read: Redistricting 2021 Memorandum (PDF), July 29, 2021

Public Meetings to discuss the process and options for Ward district boundaries were held on:

On January 11, Council approved a Plan that would, because of the number of register voters in the Ward 3, would require a second voting precinct in that Ward.  Several Council members expressed concern about the cost of a second precinct. Subsequently, census blocks were identified that if shifted from Ward 3 back to Ward 1, would reduce the number of registered voters and eliminate the need for a second Ward 3 precinct, without dividing a community interest.

The City Council unanimously approved the redrawing of the boundaries of the four wards on February 8, 2022.

A slight change was determined needed to the February 8 ward boundaries, due to an update in the number of registered voters in Ward 3.  City Council approved on first read this updated Ward map.

A public notice was published for the March 22 Council meeting on this further adjusted map for final (or ‘second read’) action. The new ward map will be in effect for the next City Council and School Board elections in 2023.

This approved Redistricting Plan is being submitted to the Office of the Attorney General for Certification of No Objection.  It will become effective once that certification is received, anticipated by the end of April.

The boundaries of the City’s election wards need to be changed to correct an imbalance of ward populations shown in the 2020 US Census.  City staff has worked with Kevin Byrnes of Regional Decision Systems, L.L.C., to provide City Council with options to re-draw the boundaries of the City’s 4 Council wards to comply with State law and local ordinance. Once approved the plan will be submitted for review by the Virginia Attorney General. The following memorandum details the current wards, alternate scenarios and data to assist Council members weigh the redistricting alternatives. Fredericksburg City Ward Redistricting Memorandum (PDF), November 5, 2021.

View current and proposed plans in an interactive map. This feature will permit you to enter an address to see which District you live in for each proposed Plan Scenario. Visit our redistricting data hub now.