Fredericksburg 2036. The Vision for Our City's Bright Future

Where are we, as a City, going in the next two decades and how will we get there? Our City has a vision for what Fredericksburg will be in 2036 and an action plan to bring the vision to reality.

Learn about the vision and be a part of the next chapters of Fredericksburg's proud history. 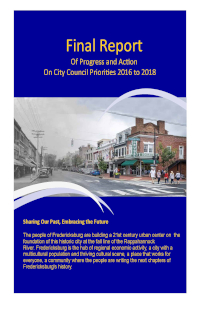 City Council received the Final Report of Progress and Action on their Priorities for 2016-2018. This document was presented in October 2018 to Council during their two day biennial offsite meeting. City staff took input and recommendations on updating the Priorities, and prepared an implementation plan for Council review and it was adopted in March 2019. 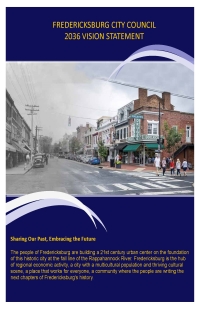 Work on the City vision plan, entitled "Vision, Desired Future States, and Priorities" began with a two-day meeting in October, 2016 when the Mayor and Council were challenged to describe their vision for the City of Fredericksburg 20 years in the future. From that vision, eight "desired future states" including employment, education, transportation, the environment, culture, historic preservation, strong neighborhoods and public services emerged.

The resulting plan describes the Mayor and Council's vision and desires for Fredericksburg in the year 2036.

After the Mayor and City Council developed the Vision with eight desired "future states", City staff was challenged to develop action steps to begin to build to the vision for 2036. The attached chart shows priorities and timelines over the next three years that will be achieved by the Mayor, City Council and staff. This will be updated and shared regularly. 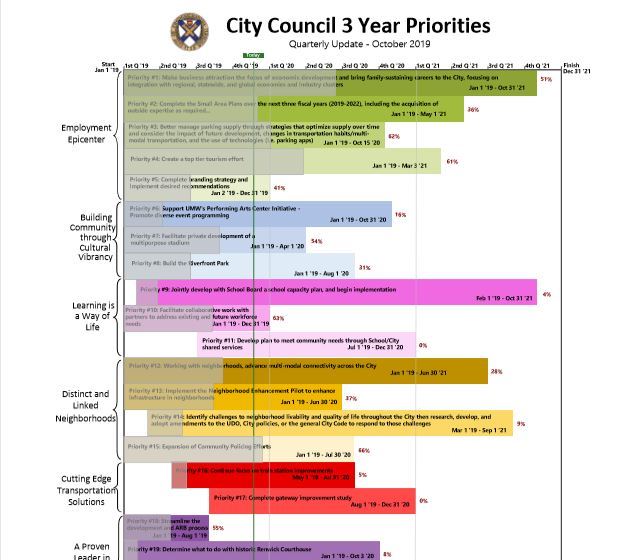 This gantt chart reflects the quarterly update of October 2019. 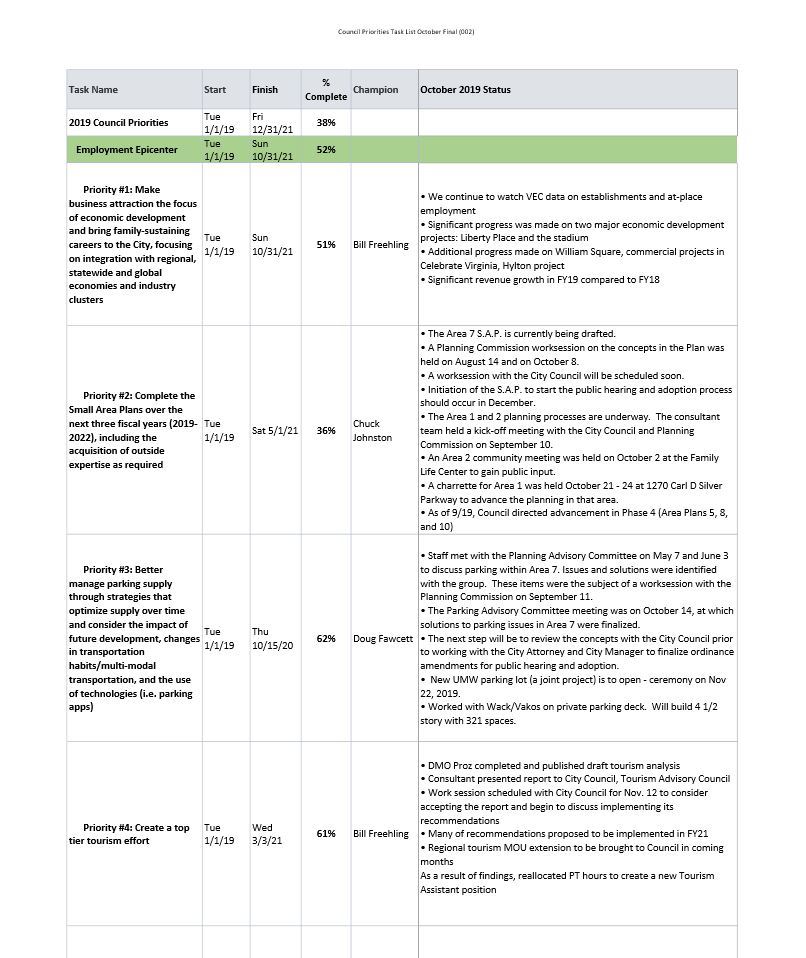 The Priority Plans are a reference for the City Council and staff and help track progress on the three-year priorities. This is the October 2019 update.